PVHG helped Packington commemmorate the 100th anniversary of the Armistice that ended World War 1, by mounting on the 11th November 2018 weekend at Memorial Hall two displays of local people who had been involved in the Great War. 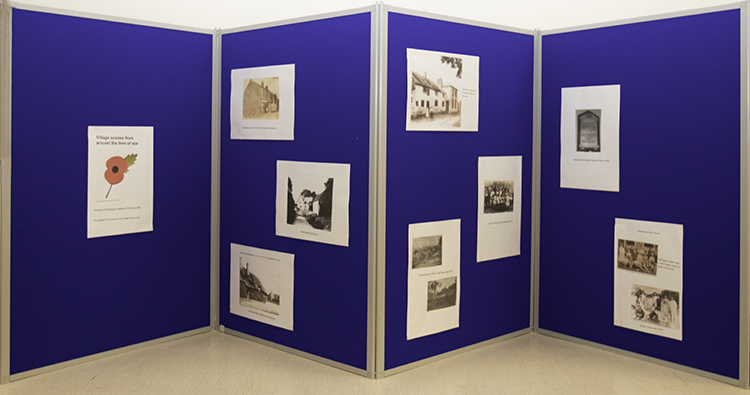 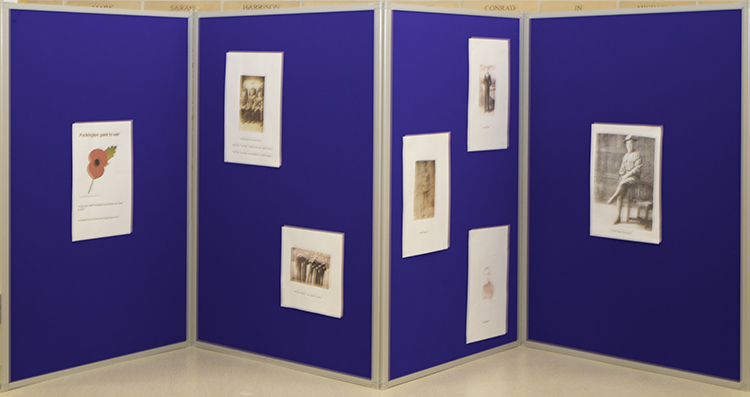 The single photo image on the right comes from a Packington family: 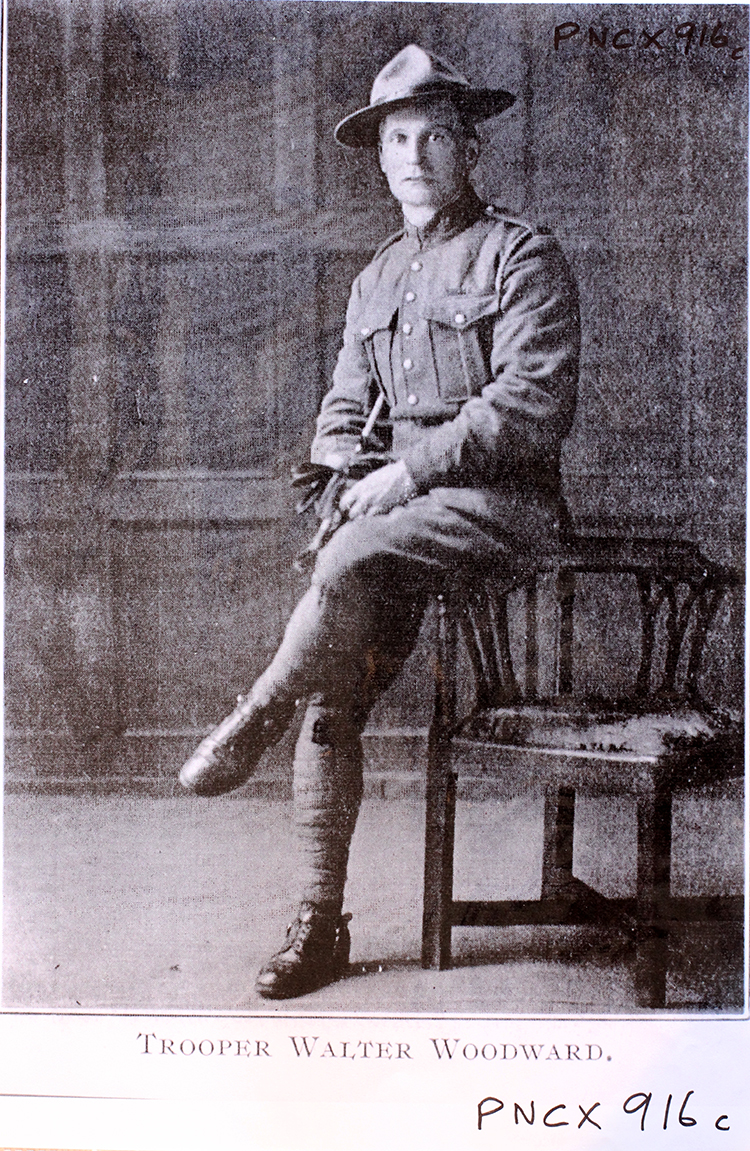 This photo image is of Private Walter Woodward of Packington, who was a “Mountie”,  a mounted trooper in a Canadian regiment. He died in 1915 near Ypres. Buried in the Westoutre war graves cemetery near there, he has a memorial addition at his parents’ grave in our village church cemetery, row A no 24 – the most South-westerly of all our church burial plots:

Minutes of the previous meeting were approved and signed.

Robin welcomed Terry Hammond who brought the meeting up to date with the World War 1  commemoration events in November:

Robin reported he had organised the replacement Packington display poster for the museum and had succeeded in obtaining a grant from the Packington Parish Council for this purpose.  Thanks were expressed by members for this.  The new poster is now on display at the museum.  The question of what should happen to the old poster which was brought from the museum, was discussed and it was decided to keep the top portion of photographs which would be added to the archives.

Members who had taken archive boxes over the summer for thinning reported their progress, Sue had achieved almost 50% as newspaper reports were hand written as well as typed, this being just one example of unnecessary archive space being used.  There was much discussion regarding what should be kept and what constituted genuine historical information to be kept.

It was therefore proposed a representative of the history group be on the memorial hall committee.  Robert was proposed by Stephen and seconded by David, passed unanimously and agreed to be our representative.  Future meetings were discussed and Robert  suggested an invitation be sent to Paula Dring to speak on her research of the first Packington Baptist Minister. This was agreed.

Robin had received a letter from Wendy Frear who was requesting help from the history group and Robin will reply, inviting her to speak at our November meeting.

The village is slowly changing, population and buildings, therefore photographic evidence for the archives is essential showing these changes and it is hoped Richard Jones would be willing to take the necessary photographs.

Later this year, the Group will be contributing to village events commemorating the end of the war. We are hoping to have a small exhibition of pictures, articles and other memorabilia to display in the Memorial Hall over the weekend 9th – 11th November. We would be pleased to hear from anyone who has items which could be displayed. Please note that, for this purpose, there does not need to be  a direct connection with Packington – anything related to the war and its conclusion will be welcome. Do contact us if you have anything!